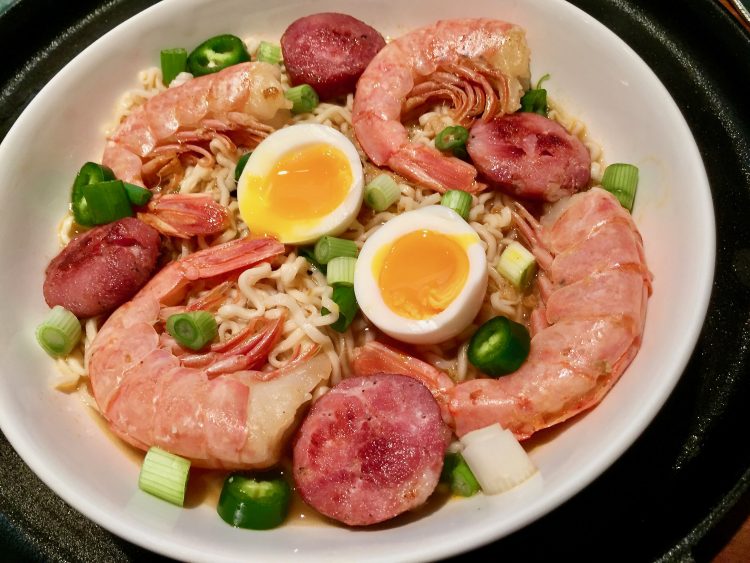 Lately we’ve been simply addicted to this Umami Bombi little ramen feast, simmered in our own chicken bone broth and our own seafood broth from boiled down shrimp, crab or lobster shells. We add Vietnamese fish sauce and tons of ginger and garlic and lots of Vietnamese flavors, with the addition of seared smoked Andouille sausage, Red Argentinian shrimp (which taste like lobster) and a couple creamy soft boiled eggs. 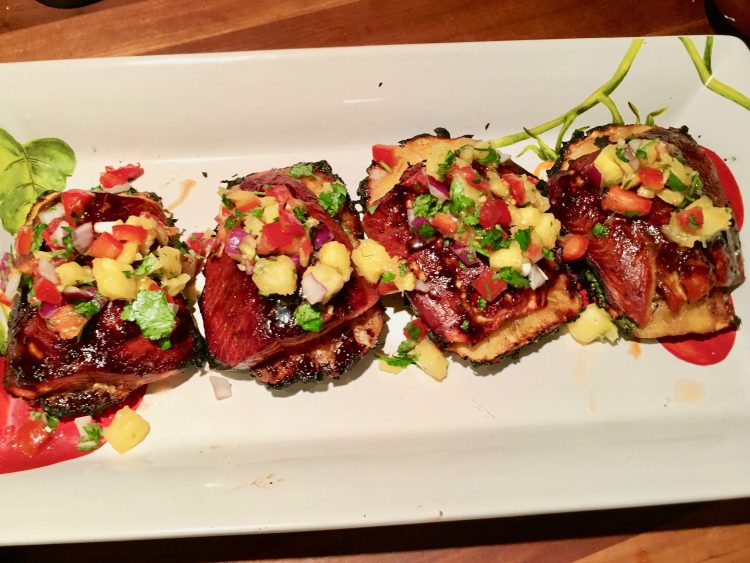 We love wild Sockeye salmon for its intense flavors and deep orange-red color. Happily, with this Yakitori feast, Sockeye filets are just the right size for pineapple planks and the wonderful full flavor stands up well to the intense umami flavors of the Yakitori sauce. And the bright crisp tropical flavor of the pineapple is a perfect contrasting flavor sensation to the salmon and the intense Japanese sauce, causing a delicious tension in the taste. With the pineapple salsa piled on top, it’s a really delightful feast. 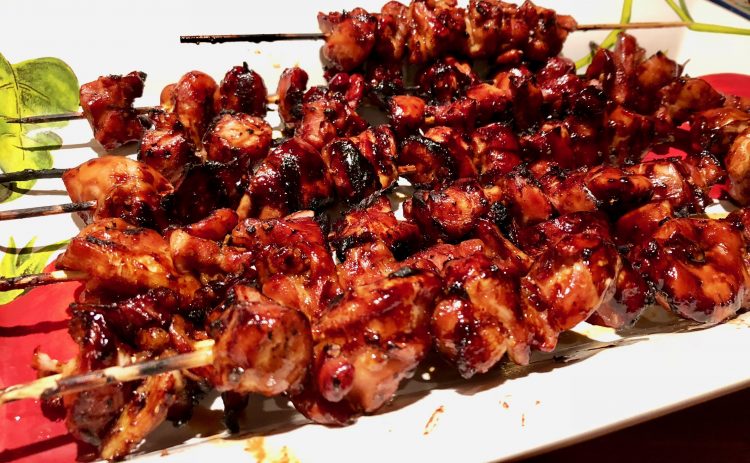 I’ve always thought of Yakitori as the Bad Boy cousin to Teriyaki.  He rides a Harley and he isn’t sweet, except in a kind of dangerous complicated way.  This feast is the bad boy of Japanese BBQ. These skewers of little umami bombs have a wonderful tension between deep soy flavors from the Dark Soy (we use the Chinese version of Dark Soy, less salt, more aging), the tasty fresh unique flavor of sake, the nutty sesame, and the complex layered sweetness of the mirin. 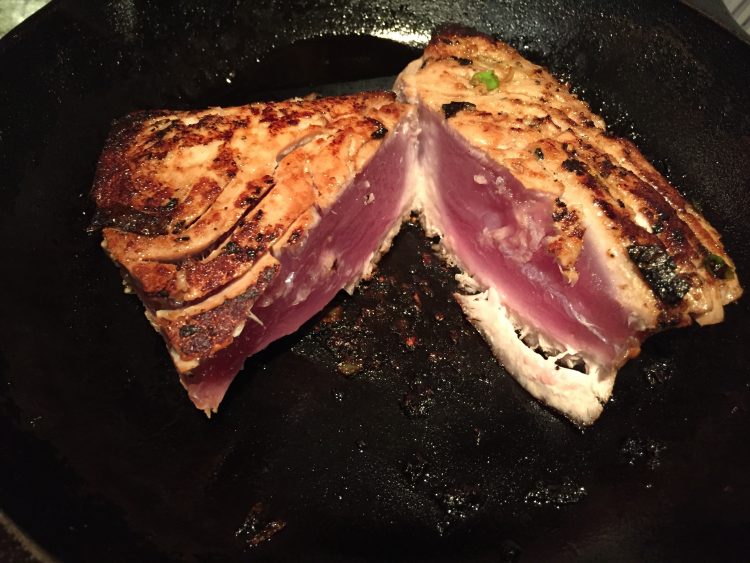 The three species of tuna that Americans enjoy eating the most are Albacore, Yellowfin (the Hawaiian word is Ahi) and Bluefin (the Japanese word is Maguro). Albacore is the lightest in flavor and texture, with large meaty flakes. The ubiquitous canned version is called “white tuna” but doesn’t come close to the flavor of freshly caught, which is exquisite. The word Ahi has become popular among restaurants because of this feast, Seared Ahi. Seared but left pink in the middle of the filet, it is the best of both worlds, crispy and explosively tasty and umami on the outside, and lush and sashimi on the inside. Bluefin is wildly popular around the world as sushi, called Maguro on the menu, and is the richest, most dense, and most expensive.